The Good Thief's Guide to Paris 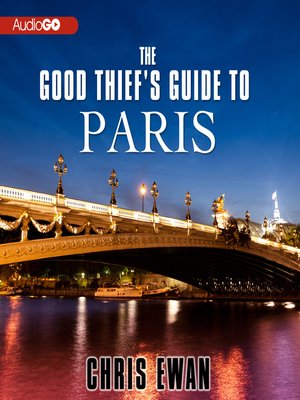 Charlie Howard—globe-trotting mystery writer, professional thief, and poor decision maker—is in Paris. Flush with the success of his latest book reading, Charlie agrees to show a complete novice how to break into an apartment in the Marais. Fast-forward twenty-four hours and Charlie's hired to steal an ordinary-looking oil painting—from the exact same address. Mere coincidence? Charlie figures there's no harm in finding out—until a dead body turns up in his living room and he finds himself evading the law while becoming caught up in a quite outrageous heist. And that's before Charlie's literary agent, Victoria, finally decides that they should meet face to face. Nobody ever said a life of suspense was ever easy, but Charlie, the most disarmingly charming burglar since Cary Grant in It Takes a Thief, soon finds things are getting way out of control.