The Power of Habit

ebook ∣ Why We Do What We do in Life and Business 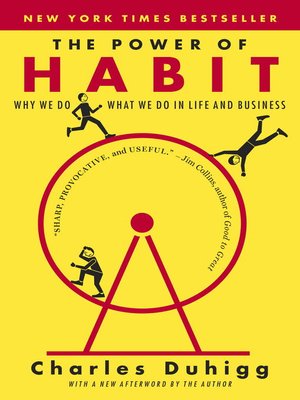 View more libraries...
Groundbreaking new research shows that by grabbing hold of the three-step "loop" all habits form in our brains—cue, routine, reward—we can change them, giving us the power to take control over our lives.

"We are what we repeatedly do," said Aristotle. "Excellence, then, is not an act, but a habit." On the most basic level, a habit is a simple neurological loop: there is a cue (my mouth feels gross), a routine (hello, Crest), and a reward (ahhh, minty fresh). Understanding this loop is the key to exercising regularly or becoming more productive at work or tapping into reserves of creativity. Marketers, too, are learning how to exploit these loops to boost sales; CEOs and coaches are using them to change how employees work and athletes compete. As this book shows, tweaking even one habit, as long as it's the right one, can have staggering effects.

In The Power of Habit, award-winning New York Times business reporter Charles Duhigg takes readers inside labs where brain scans record habits as they flourish and die; classrooms in which students learn to boost their willpower; and boardrooms where executives dream up products that tug on our deepest habitual urges. Full of compelling narratives that will appeal to fans of Michael Lewis, Jonah Lehrer, and Chip and Dan Heath, The Power of Habit contains an exhilarating argument: our most basic actions are not the product of well-considered decision making, but of habits we often do not realize exist. By harnessing this new science, we can transform our lives.