Ruler of the Realm 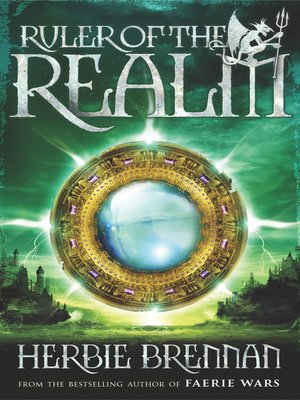 It is Henry's third visit to the Faerie Realm, but this time in a rather different guise and to a rather different kind of place. Holly Blue is Queen and Lord Hairstreak appears to be proposing a truce between the Faeries of the Night and the Faeries of the Light. Meanwhile Prince Pyrgus has stumbled across some mysterious crystal flowers with an apparently formidable secret weapon, and there are rumours of a demon invasion led by Beleth, the Prince of Darkness.

Queen Blue, wary of her uncle's uncharacteristic generosity, pays a visit to the Spicemaster's labyrinth in an attempt to divine the possible future of the Realm. She is warned to beware of someone close, little realising just how careful she will need to be - and when she is kidnapped by the most unlikely candidate, the Realm rapidly descends into chaos.

In a dramatic adventure, Blue, Pyrgus and Henry will find themselves in the midst of a furious battle to protect the future of the Realm and secure the throne for the rightful ruler.