ebook ∣ A Spirit Guide, A Ghost Tiger And One Scary Mother! 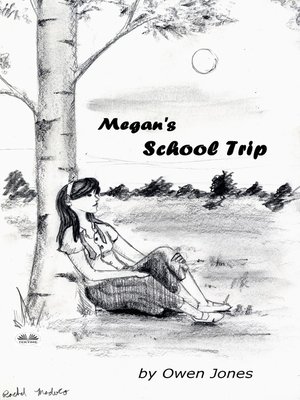 Megan's school's annual outing takes her and her classmates to a network of caves, which were used as dwellings by pre-historic tribes. Megan is certain that she gains more knowledge about what really went on there all that time ago by using her psychic powers, than the official tour guide has to tell them.
Megan is a 13-year-old teenage girl, who realises that she has psychic powers that others do not have. At first, she tried to talk to her mother about them, but with disastrous consequences, so she learned to keep quiet about them.
However, some people did offer to help and an animal showed a special friendship, but they were not 'alive' in the normal sense of the word. They had passed on.
Megan has three such friends: Wacinhinsha, her Spirit Guide, who had been Sioux in his last life on Earth; her maternal grandfather, Gramps and a huge Siberian tiger called Grrr.
Wacinhinsha is extremely knowledgeable in all things spiritual, psychic and paranormal; her grandfather is a novice 'dead person' and Grrr can only speak Tiger, as one might imagine and most of that, of course is unintelligible to humans.
In this episode in Megan's life, she and the rest of the pupils in her year at school are taken on a school outing. These should be annual events, but the school does not always have the money to finance them.
This one turns out to be exceptional for Megan as she catches a glimpse into the lives of people who lived in an era long since past.
Follow Megan as she tries to learn more from her school outing into the past and read the advice that her Spirit Guide gives her on how to best do that.