Portrait of the Artist As an Old Man 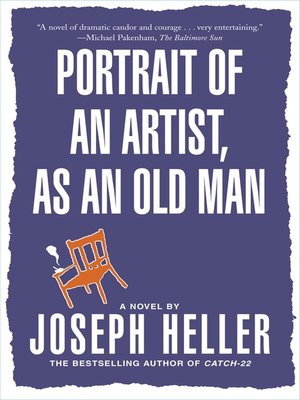 View more libraries...
Imagine an author who has become a legend in his own lifetime - all because of the novel he wrote in the first flush of youth.
Novelist Eugene Pota is a cultural icon of the twentieth century, struggling to write what will be the last novel of his career. But what to write about when, like so many noted authors before him, all of Pota's output since that first, landmark novel has been scrutinized and dissected - and found wanting?
PORTRAIT OF THE ARTIST, AS AN OLD MAN follows Pota's efforts to settle on a subject for his final work. In his search, Heller - through Pota - pays homage to his favourite authors and discusses the problems that have plagued so many writers whose later works failed to live up to the successes of their first: F. Scott Fitzgerald, Henry James, Jack London, Joseph Conrad, to name but a few. It is a rare and enthralling look into the artist's search for creativity, a search that comes at a point in life when impotence - both sexual and spiritual - has become a frustrating fact. Joseph Heller must have known that this would be his final novel; it stands as a fitting testament to the life and works of a leading light in modern literature.