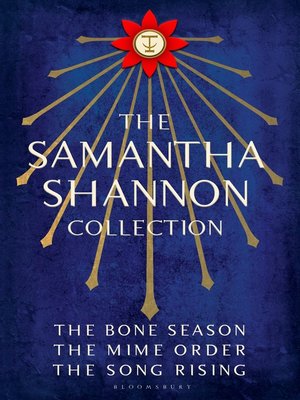 The Bone Season
The Mime Order
The Song Rising

London, 2059. In the Republic of Scion, clairvoyance is illegal, but a criminal underworld thrives in its shadows. Unique among clairvoyants, Paige Mahoney is a dreamwalker, capable of possessing other people – and under Scion law, she commits treason simply by breathing.
Elsewhere, however, there is a seat of power even greater than Scion. And they have a different design for Paige and her uncommon abilities...
In these sweeping, extraordinary books, Paige will rise to become the leader of a revolution like no other, determined to bring justice to a world that will stop at nothing to destroy her.