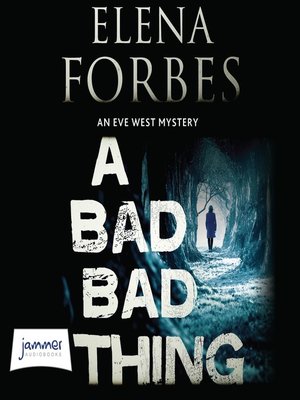 The first audiobook in a brilliant new series from the author of the acclaimed Mark Tartaglia mystery series. A highly effective police officer, albeit one who keeps her past carefully hidden, Eve West is suspended from duty after a police operation goes catastrophically wrong. Receiving help from an unexpected quarter - a criminal she put away many years before - Eve feels she has no choice but to agree to his request to investigate a possible miscarriage of justice in return. But why is a hardened criminal like John Duran so keen to help a fellow-inmate convicted of the murder of a stable-girl? Teaming up with crusading journalist Dan Cooper, Eve begins to uncover disturbing flaws in the original investigation. But as her past is dragged to the surface, she comes to realise she has been plunged into a case more sinister than she ever imagined.