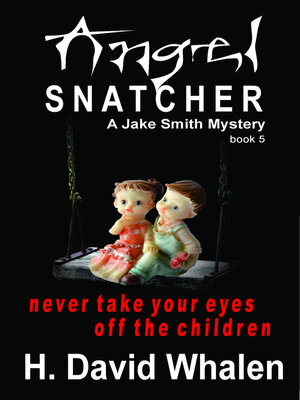 The year nineteen-fifty, Texarkana, Texas, a child, Angel Martin, snatched from her bedroom early one Sunday morning. Neither the monster nor the girl found, and the Angel Snatcher myth born. Over decades, the urban legend evolved to the current telling, where Angel Snatcher leaves a porcelain figure wherever a child goes missing.

FBI agent, Egan Davis, spent his career chasing the elusive wraith around the country. But when a girl abducted early morning Halloween night in San Diego, the local police become involved. The only clue, the figurine left on the girl's bed. The slow-witted teenager, living across the street with his grandmother, quickly apprehended.

But not nearly easy, and not even close to solving. Hamilton-Adams Investigation throws a monkey wrench into the case by agreeing to conduct a pro bono examination for the young man's grandmother, much to the owner's wife and business partner's disgust. The HAI team stops at nothing to fulfill the commitment.

Rift with twists, lack of evidence, dead suspects, personal obstacles, and professional conflicts, the kidnapping case goes cold. If baby Rocha ever found, dead or alive, it is in the hands of the only one still looking, vain, sarcastic Private Investigator Jake Smith.

The story will keep you up at night, never taking eyes off your children.