Shake It 'Til Ya Make It! 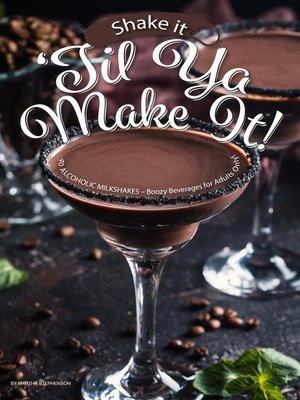 Did you know that alcoholic whisky based eggnogs were the first boozy milkshakes of all time? That was way back in the late 19th century. but by the early 20th-century, fruit syrups, crushed ice, milk, and sugar were being added to produce creamy, delicious shakes.

By 1922, and courtesy of the electric blender's inventor Stephen Poplawski, milkshakes became frothy and indulgent combinations of chocolate, strawberry, and vanilla flavors.

Fast forward fourteen years to 1936 and the Multimixer, created by Earl Prince, allowed five milkshakes prepared at once. It wasn't long before ice cream was added to the mix and milkshakes were soon served in every diner and drive-in across America.

The successful marriage of two vices; ice cream and booze, coming together to make the perfect beverage.

Cooking & Food Nonfiction
Shake It 'Til Ya Make It!