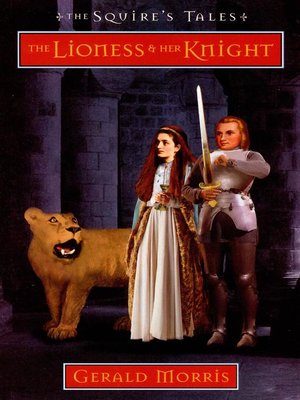 The Lioness and Her Knight

Luneta is tired of living in dull Orkney with her mother and father (who happens to be the most boring knight of King Arthur's Round Table). She prides herself on always getting what she wants, so when the opportunity presents itself, she jumps at the chance to stay at a family friend's castle near Camelot. Her handsome cousin, Sir Ywain—a young knight seeking adventure—arrives just in time to escort her to King Arthur's court.

Along the way they pick up a knight-turned-fool named Rhience, whose wit and audacity set many a puffed-up personality in its place. Before arriving at Lady Laudine's castle, the trio stops at Camelot, where they hear the story of the Storm Stone, a magical object deep in the forest that soon sweeps everyone into a web of love, betrayal, and more than a bit of magic.

Filled with broken promises, powerful enchantresses, unconventional sword fights, fierce and friendly lionesses, mysterious knights, and damsels in and out of distress, The Lioness and Her Knight proves itself as witty and adventuresome as the rest of Gerald Morris's tales from King Arthur's court.

The Lioness and Her Knight
Copy and paste the code into your website.
New here? Learn how to read digital books for free