How to Outrun a Crocodile When Your Shoes Are Untied 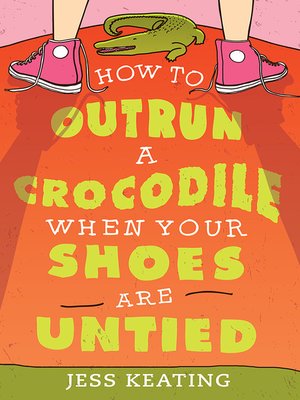 A 2015 Red Maple Award nominee! "A fun-filled, pitch-perfect book... about the perils of being 12 in a snake-eat-snake world." —Kirkus Starred Review

Ana Wright's social life is now officially on the endangered list: she lives in a zoo (umm, elephant droppings!?), her best friend lives on the other side of the world, and the Sneerers are making junior high miserable. All Ana wants is to fade into the background.

Yeah, that's not going to happen.

Phylum: Girls Whose Best Friend Just Moved To New Zealand; Girls Who Are Forced To Live In A Zoo With Their Weirdo Parents And Twin Brother

Life Span: Soon to become extinct due to social awkwardness

"A wild romp, filled with humor and heart."—Lisa Schroeder, author of It's Raining Cupcakes and the Charmed Life series