Daily Life of African American Slaves in the Antebellum South 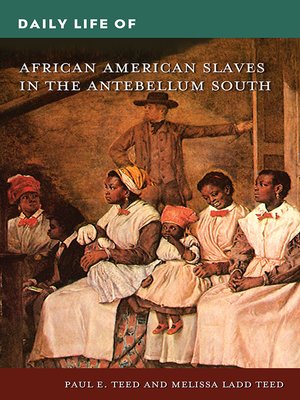 This book covers the full spectrum of daily life among slaves in the Antebellum South, giving readers a more complete picture of slaves' experiences in the decades before emancipation.

This volume provides a comprehensive examination of the institution of slavery from the perspective of the slaves themselves. Readers can explore the family life, religious beliefs, political activities, intellectual aspirations, material possessions, and recreational pursuits of enslaved people. The book shows that enslaved people were tightly constrained by the harsh realities of the oppressive system under which they lived, but that they found ways to forge lives of their own. The book synthesizes the latest and best literature on slavery and gives readers the opportunity to examine history through the lens of daily life using primary source documents created by slaves or former slaves.