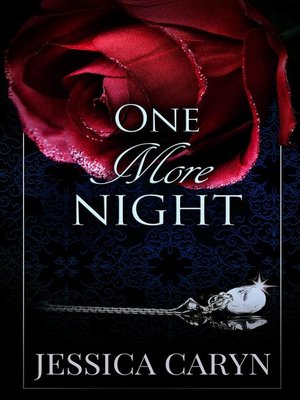 Samantha Clarke's life was perfect until her husband asked for a divorce. She was confused and hurt until she discovered his affair. Samantha needed a break from the heartache. She decided to take a cruise to the Bahamas with her best friend Amy.

A night out in the ship's casino led to him, and Samantha was in trouble from the moment she blew on his dice.

"Carter Kennedy is an artist infamous for his dark underground art. His work is genius. He has art galleries in L.A. and New York. He is also considered a recluse, and the people that have met him don't ever talk about him."

Honest confessions over dinner led to a naughty encounter. Carter was Samantha's darkest desire, and she became his goddess. Her nights were filled with forbidden pleasure on the cruise to tropical paradise. How will this end for Samantha? Will she be able to resist Carter Kennedy's constant desire for her?

ONE MORE NIGHT is written from Samantha Clarke's point of view.