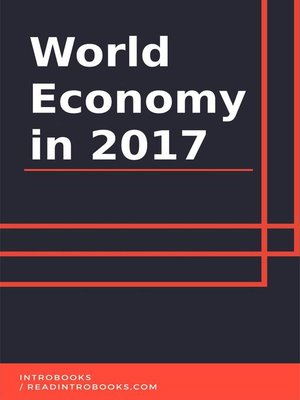 The election of Donald Trump as the President of the UnitedStates took the world by surprise. The Presidential win ofDonald Trump will remain as one of the most dominantfeatures of the economy of the world that happened in 2016and will continue to embark itself in the global market for nextseries of years. Until now, the stocks of the United States aresoaring and setting records. The other global markets andeconomies are taking their lows in the economy to the ralliesas the global investors have been selling bonds and buyingstocks in their belief that the pro-business administration ofDonald Trump will help them in tax cuts, stimulate the fiscalpolicy and the deregulation to inflame the inflation andeconomic growth in the largest economy of the World. Suchheadwinds are expected to continue in 2017 at least not theones which are highly elevated by means of politicalexpectations which imply that this is the biggest risk in theworld about facing stocks. However, this would also yield higherreturns that will inhibit multiple expansion of the economy andthe strengthening of the USD which would lay the importanceon corporate earnings or guidance. With the Presidentialelection of Donald Trump, the world can expect more stockavailability in the global market on an assumption that thePresident continues to use his Twitter account!Depending on the structuring of the new infrastructure in theUnited States and the infrastructure of the investments andconsidering the fact that spending could serve as a boon to theglobal growth and development, one can consider buying itemsat lowered interest rates. However, these decisions will be madeon the economics as well as the political fundamentals. Thestruggle for power between the White House and theRepublican leaders on Capitol Hill will be the guide to the flowof economy as it will form the determining force whether thetraditional visions of the Republican leaders for tax cuts andsmall government will win over the populist impulses of DonaldTrump.China Gradual Decline:It is the final year of the first term of President Xi Jinping in2017, he has been facing several challenges in the maintenanceof the second largest economy in the world. The governmentof China is aiming for higher growth rates in 2017 of 6.5 percent for the next 5 years but recent experiences of China haverevealed that on reaching or exceeding the desired goals wouldnot be enough to achieve the stability of the economy of Chinaunless these aims are achieved in a sustainable manner.