The Rules and Politics of American Primaries 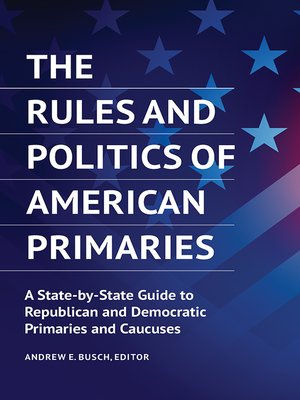 In 2020, the parties will again nominate their candidates for president. Those nominations will play out in a complicated system of federal law, state law, national party rules, state party rules, and informal norms that have developed over decades. This resource provides a roadmap for understanding the rules of the game and the ways in which they impact elections and politics across the United States.

This reference work is organized in two parts. Part I consists of a series of short thematic essays discussing topics such as what primaries and caucuses are, what the difference between open and closed primaries is, varying methods used by the parties for delegate selection, and how campaign finance works in the primaries. Part II consists of a state-by-state description of recent primary/caucus history and the methods currently used for delegate selection by Democrats and Republicans in each state.