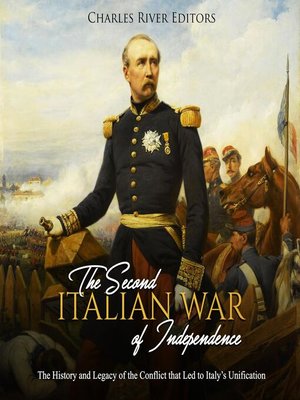 The Second Italian War of Independence

The events of 1848-1849 began to pull the peninsula together, however. In January, 1848, Sicily had a major revolution, which provoked widespread uprisings and riots, after which the kingdoms of Sardinia, the Two Sicilies, the Papal States and the Grand Duchy of Tuscany all were granted constitutions. In February, the Pope fled Rome and a three-month long Republic was declared, headed by Giuseppe Mazzini. In March, a revolution in Venice led to the declaration of a republic. In April, Milan also rebelled and became a republic. Soon, the Austrian government clamped down again on the peninsula with such intensity that not even the most optimistic would have been able to fathom the nationalist Risorgimento movement would unify Italy a little more than a decade later.

The Italian state may have come together thanks to ideals, but the success of the Second Italian War of Independence owed a lot of its success to chance, foreign intervention, and the wheeling and dealing of a few powerful men. Its story is long and complex, and the ultimate unification of Italy as it's recognized today would require no less than four wars. Nonetheless, despite its difficult birthing process and rocky start, the Italian state has survived over 150 years, and it even managed to remain united in the aftermath of World War II, escaping the fate of Nazi Germany.

The Second Italian War of Independence: The History and Legacy of the Conflict that Led to Italy's Unification chronicles the turbulent events that led to the decisive fighting, and how they led to Italian unification.

The Second Italian War of Independence
Copy and paste the code into your website.
New here? Learn how to read digital books for free