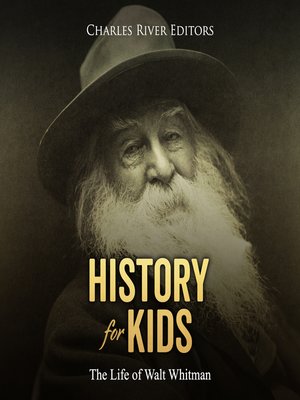 The Life of Walt Whitman

Walt Whitman was a great American poet, but many people did not get him when he was alive. His family was like most other families, but his friends were different from most other people living then. He was a teacher and reporter, and then he worked for the government. When he was a young man, he was very serious, but when he was older he liked to play around and have fun. Walt Whitman wrote many poems about America, and his most famous work was Leaves of Grass. It was a lot of poems that took him many years to finish.

With this book you will learn more about Walt Whitman.

History for Kids
Copy and paste the code into your website.
New here? Learn how to read digital books for free