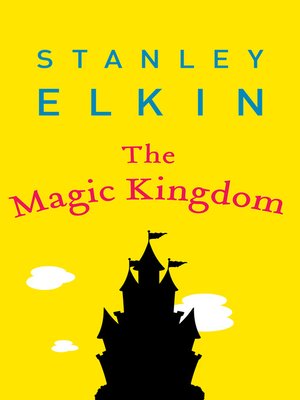 "Among Mr. Elkin's best works of fiction . . . A comedy that cuts so many ways that it leaves us bleeding with laughter." —The New York Times Eddy Bale's twelve-year-old son died after a terrible, drawn-out illness. Now, determined to help alleviate the suffering of other sick children, Eddy plans to take a group of seven terminally ill youths on a dream vacation to Disney World. Accompanied by four eccentric chaperones, Eddy and the kids embark on what is meant to be a magical retreat that quickly devolves into a series of disasters when the kids turn out to be more full of life than anyone expected. Written with deadpan humor and poignancy, The Magic Kingdom is a striking and honest portrayal of life and death—and the trouble that ensues when one attempts to master either. This ebook features rare photos and never-before-seen documents from the author's estate and from the Stanley Elkin archives at Washington University in St. Louis.

Stanley Elkin (1930–1995) was an award-winning author of novels, short stories, and essays. Born in the Bronx, Elkin received his BA and PhD from the University of Illinois and in 1960 became a professor of English at Washington University in St. ...

More about Stanley Elkin
The Magic Kingdom
Copy and paste the code into your website.
New here? Learn how to read digital books for free