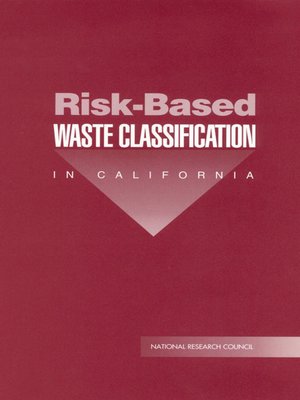 The Department of Toxic Substances Control (DTSC) of the State of California Environmental Protection Agency is in the process of complying with the Regulatory Structure Update. The Regulatory Structure Update is a comprehensive review and refocusing of California's system for identifying and regulating management of hazardous wastes. As part of this effort, the DTSC proposes to change its current waste classification system that categorizes wastes as hazardous or nonhazardous based on their toxicity. Under the proposed system there would be two risk-based thresholds rather than the single toxicity threshold currently used to distinguish between the wastes. Wastes that contain specific chemicals at concentrations that exceed the upper threshold will be designated as hazardous; those below the lower threshold will be nonhazardous; and those with chemical concentrations between the two thresholds will be "special" wastes and subject to variances for management and disposal. The proposed DTSC system combines toxicity information with short or long-term exposure information to determine the risks associated with the chemicals.

Under section 57004 of the California Health and Safety Code, the scientific basis of the proposed waste classification system is subject to external scientific peer review by the National Academy of Sciences, the University of California, or other similar institution of higher learning or group of scientists. This report addresses that regulatory requirement.