ebook ∣ Review of Worldwide Research with a View to the Future 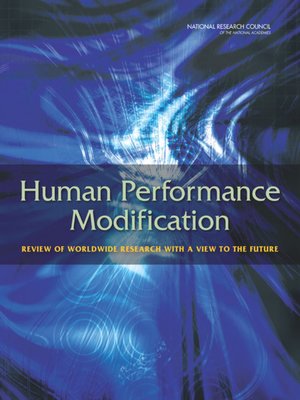 The development of technologies to modify natural human physical and cognitive performance is one of increasing interest and concern, especially among military services that may be called on to defeat foreign powers with enhanced warfighter capabilities. Human performance modification (HPM) is a general term that can encompass actions ranging from the use of "natural" materials, such as caffeine or khat as a stimulant, to the application of nanotechnology as a drug delivery mechanism or in an invasive brain implant. Although the literature on HPM typically addresses methods that enhance performance, another possible focus is methods that degrade performance or negatively affect a military force's ability to fight.

Advances in medicine, biology, electronics, and computation have enabled an increasingly sophisticated ability to modify the human body, and such innovations will undoubtedly be adopted by military forces, with potential consequences for both sides of the battle lines. Although some innovations may be developed for purely military applications, they are increasingly unlikely to remain exclusively in that sphere because of the globalization and internationalization of the commercial research base.