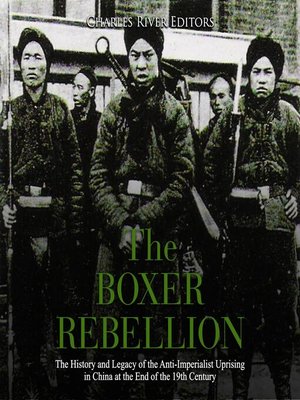 The 19th century saw the rise of one of the largest, most powerful empires of the modern era. The sun never set on the British Empire, whose holdings spanned the globe, in one form or another. Its naval supremacy linked the Commonwealth of Canada with the colonies in South Africa and India, and through them trade flowed east and west. An integral but underutilized part of this vast trade network included China, a reclusive Asian kingdom closed off from the Western world that desired none of its goods.

Unfortunately for China, the British had the might of an empire and economic force, not to mention modern arms, on their side. Breaking into China's lucrative trade markets nearly destroyed the nation, severely discredited the Chinese dynasty, wreaked havoc on its people, and further propelled Britain's empire into a dominant economic and military position. The collision of these two empires took many years and caused much bloodshed. In fact, the troubles started well before the eventual hostilities, festering as frustration mounted until finally boiling over. Such was the state of relations between the British Empire and Qing Dynasty for the better part of the century, its footing upended from the very start of relations.

For these reasons, as well as others, the Opium Wars marked a dramatic shift in Asian history, and they understandably caused frustration among the Chinese, both at the foreigners and their own rulers. Eventually, the ire of the Chinese populace against the Westerners boiled over into open rebellion, not against the state, but against the foreigners themselves. With the tacit approval of the Chinese government, the Boxer Rebellion rattled the Western nations, but it would have unintended consequences at home as well.

The Boxer Rebellion
Copy and paste the code into your website.
New here? Learn how to read digital books for free