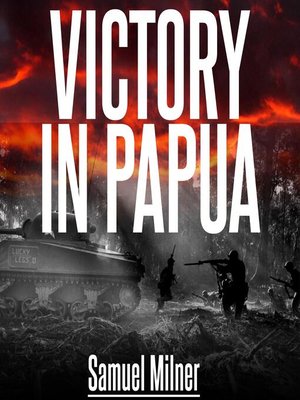 HistoryNonfiction
By mid-1942 the Japanese forces were threatening to take the colonial capital of Port Moresby and therefore gain a base to launch their proposed invasion of Australia.
The allied forces needed to blunt the Japanese thrust toward Australia and thus protect the transpacific line of communications, as well as to secure a favorable position to take the offensive to the Japanese.
Yet this was easier planned than executed; the Australians had been battered through two years of combat with their enemies and although the Americans were bringing large numbers of reinforcements, they were living under intolerable conditions, plagued by disease, short of equipment, ill-prepared for jungle fighting, and pitted against a skilled and resolute foe.
According to Australian military historian, John Laffin, the campaign "was arguably the most arduous fought by any Allied troops during World War II".
Milner uncovers every aspect of the campaign in 1942 from its early planning stages through to the many conflicts with Japanese troops that culminated in the brutal Battle of Buna-Gona in early 1943. However, rather than simply giving an overview of these turbulent months Milner focuses particularly on the actions of the 32nd Infantry Division who were at the frontline of the offensive to give the reader a direct view of what life was like during the campaign.
To develop a picture of this dramatic campaign Milner drew from not only the official records but also spoke to men who were there and saw it, including Robert L. Eichelberger, as well as drawing from many Australian sources and historians.
HistoryNonfiction

Victory in Papua
Copy and paste the code into your website.
New here? Learn how to read digital books for free