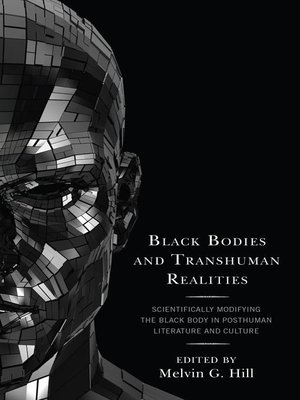 Scientifically Modifying the Black Body in Posthuman Literature and Culture

Literary CriticismSociologyNonfiction
Black Bodies and Transhuman Realities: Scientifically Modifying the Black Body in Posthuman Literature and Culture makes a series of valuable contributions to ongoing dialogues surrounding posthuman blackness and Afro-transhumanism. The collection explores the Black body (self) in the context of transhuman realities from a variety of literary and artistic perspectives. These points of view convey the cultural, political, social, and historical implications that frame the space of Black embodiment, functioning as sites of potentiality and pointing toward the possibility of a transcendental Black subjectivity. In this book, many questions concerning the transformation of the Black body are presented as parallels to philosophical and religious inquiries that have traditionally been addressed from a hegemonic viewpoint. The chapters demonstrate how literature, based on its historical and social contexts, contributes to broader thought about Black transcendence of subjectivity in a posthuman framework, exploring interpretations of the "old" and visions of the "new" human.
Literary CriticismSociologyNonfiction

Melvin G. Hill is associate professor in the Department of English and Modern Foreign Languages at the University of Tennessee, Martin.

Black Bodies and Transhuman Realities
Copy and paste the code into your website.
New here? Learn how to read digital books for free