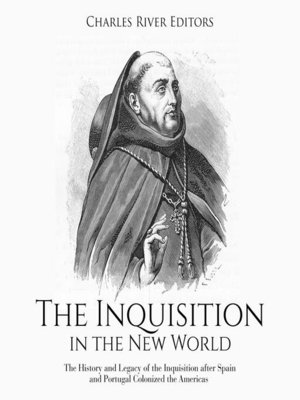 The Inquisition in the New World

New Spain was established in the aftermath of the Spanish conquest of the Aztec Empire in 1521, and as the most spectacular conquest and the richest province, New Spain quickly became the focus of Spanish America. The Viceroyalty of New Spain was established in 1535, comprising a vast region of what is now the American Southwest, all of Mexico and Central America, the various Spanish held islands of the Caribbean, the "Spanish Main," and the Spanish Far East Empire (comprised mainly of the Philippines). The Viceroyalty of New Castile (later named the Viceroyalty of Peru) was established in 1542 and comprised all of Spain's South American territory, such as it was defined, excluding the Guianas. In 1610, the viceregency of New Granada was established with its capital in Cartagena, comprising the modern states of Columbia, Venezuela, a portion of Equator and Panama. In 1776, after much jostling with the southern frontier of Portuguese Brazil, the viceregency of Rio la Plata was formed, comprising Argentina, Uruguay and Paraguay, with Buenos Aires a sits capital. The Portuguese, of course, established their territory of Brazil with its capital and Rio de Janeiro.

Not surprisingly, as the Catholic empires expanded across the globe, persecution would travel with them, and the horrors experienced by indigenous populations in these colonies rivaled anything heretics back in Europe faced. The Inquisition in the New World: The History and Legacy of the Inquisition after Spain and Portugal Colonized the Americas looks at how the Inquisitions came to be, the manner in which it was exported west, and how people were tortured and executed.

The Inquisition in the New World
Copy and paste the code into your website.
New here? Learn how to read digital books for free