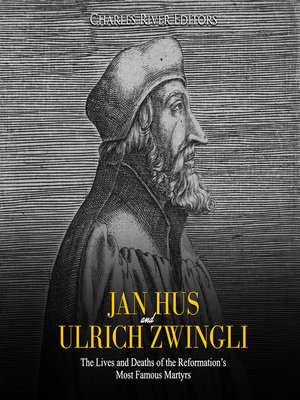 The Lives and Deaths of the Reformation's Most Famous Martyrs

If Wycliffe was the "Morning Star of the Reformation," Hus was the Guiding Star of the movement. Hus started as a Czech priest, but he quickly became notorious for debating several Church doctrines such as the Eucharist, Church ecclesiology, and many more topics. Today, he is viewed as a predecessor of the Lutherans, but the Church viewed him as a threat, and the Catholics eventually engaged Hus' followers (known as Hussites) in several battles in the early 15th century. Hus himself was burned at the stake in 1415, but his followers fought on in a series of battles known as the Hussite Wars, and Czechoslovakia's inhabitants by and large remained Hussite afterward. About 100 years later, reformers like Martin Luther, John Calvin, and Ulrich Zwingli would help spark the Reformation across the continent. Zwingli and the Swiss reformers embarked on a campaign to rid Zurich of all objects and new-age creeds spawned by mankind. Zwingli's life was packed with portentous events, alarming twists and turns, and an unexpected ending, and through it all, he would have a profound impact on Christianity.

Jan Hus and Ulrich Zwingli: The Lives and Deaths of the Reformation's Most Famous Martyrs chronicles the reformers' ideas, and the influence they had during and after their lives. Along with pictures of important people and places, you will learn about Hus and Zwingli like never before.

Jan Hus and Ulrich Zwingli
Copy and paste the code into your website.
New here? Learn how to read digital books for free