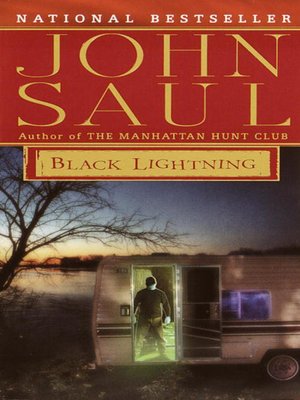 FictionHorrorLiteratureThriller
John Saul knows how to make the blood run cold and the heart race wild with fear. Now the author of the New York Times bestsellers Creature and The Homing delivers a chilling novel of a convicted serial killer sentenced to death—and hell-bent on revenge.
For five years Seattle journalist Anne Jeffers has pursued the horrifying story of a sadistic serial killer's bloody reign, capture, trial, and appeal—crusading to keep the wheels of justice churning toward the electric chair. Now the day of execution has come. A convicted killer will meet his end. Anne believes her long nightmare is over. But she's dead wrong. . . .
Within days, a similar murder stuns the city. As the butcher stalks his next victims, creeping ever closer to her, Anne is seized by an icy unease, a haunting sense of connection to these unspeakable crimes. And, relentlessly, she hears the eerie echo of the dead man's last words to her: "Today won't end it. How will you feel, Anne? When I'm dead, and it all starts again, how will you feel?"
In Black Lightning, John Saul strikes with a novel as electrifying as a jagged bolt from a pitch-dark sky, proving once again his inimitable genius for suspense.
Praise for Black Lightning
"His most effective thriller to date . . . [a] compelling read."—The Seattle Times
"Electrifyingly scary."—San Jose Mercury News
"One of Saul's best."—Publishers Weekly
FictionHorrorLiteratureThriller

John Saul, the author of seventeen novels of terror and supernatural suspense, lives in the state of Washington and on the island of Maui.

More about John Saul
Black Lightning
Copy and paste the code into your website.
New here? Learn how to read digital books for free