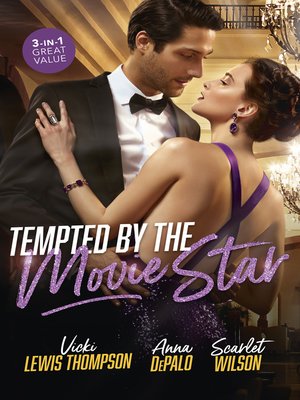 Matt Forrest was born to be an actor, but grew up a cowboy. That's why, when things go haywire after he shoots his first Hollywood movie, he retreats to Thunder Mountain Ranch.

PR agent Geena Lysander isn't about to lose one of her best clients – so she goes after him! As she gets to know the man behind the cowboy, their professional relationship becomes passionately personal. Could Matt's next big role be as Geena's leading man?

To protect her reputation in a dog-eat-dog town, actress Chiara Feran needs a fake fling fast! Turning to her latest movie's stuntman, Rick Serenghetti, seems like a sure thing. But in Hollywood, things – and stuntmen – are never what they seem.

Rick is actually a wealthy movie producer who stunts for kicks. And boy, is he intrigued by this latest role! But he gets more than he bargained for as the line between fantasy and reality blurs. Soon, a very real baby is on the way. Could a marriage proposal be far behind?

Italian movie star Javier Russo needs to escape his Hollywood life. Isola dei Fiori is the perfect retreat – a lush island in the glittering Mediterranean. What he didn't expect was having to share his peaceful hideaway with the infuriatingly beautiful Portia Marlowe!

Celebrity reporter Portia is intrigued by her unwelcome and mysterious visitor, and the secrets he's clearly holding back. Villa Rosa isn't big enough for both of them, and soon there's nowhere to hide from their simmering chemistry!