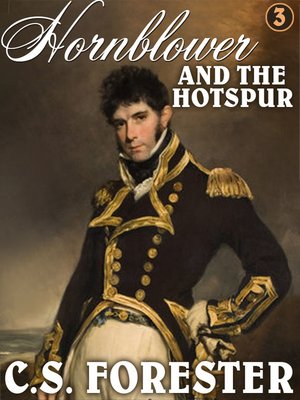 Hornblower and the Hotspur

FantasyFictionLiteratureHistorical Fiction
Hornblower and the Hotspur (1962) is the third book in the series chronologically, but the tenth by order of publication, and serves as the basis for one of the episodes of the Hornblower series of television films.

With the Peace of Amiens under strain and war with France under Napoleon Bonaparte imminent in May 1803, Hornblower is promoted from Lieutenant to Commander and appointed to command the sloop HMS Hotspur. While readying for sea, he hastily marries Maria, the daughter of his landlady, at the Garrison Church, Portsmouth. However, Hornblower marries her not out of love but out of pity, and is forced to exercise his acting ability to make her believe that he genuinely loves her.

Hotspur reconnoiters the approaches to the French naval base of Brest, and narrowly avoids capture when war is declared. Once the British fleet blockades Brest, Hornblower's restlessness and perfectionism prompts him to lead attacks and landing parties.

Hornblower and the Hotspur
Copy and paste the code into your website.
New here? Learn how to read digital books for free