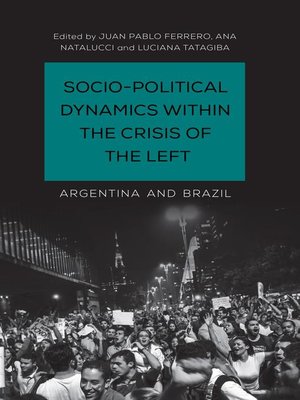 Socio-Political Dynamics within the Crisis of the Left

HistoryPoliticsNonfiction
Has the left turn come to a definite end? What have been the legacies of the left turn and how can they be measured? Who are the key actors shaping the new 'anti-populist' discourse and in what sense are they different from the social movements supporting progressive governments? How do these forms of identification relate to the dominant forms of subjectivisation in a globalized neoliberal world? Does the development of a new socio-political dynamic in the region strengthen or undermine the struggles for equality, democracy and more cohesive societies?
This collection studies the gestation of the crisis of the left turn consensus dominant in Argentina and Brazil for the past 15 years and the emerging socio-political dynamics developing in this particular context of change. The volume identifies the traditional and emerging actors which have been influential in the socio-political arena for the past six to ten years. It also traces major episodes of protests between 2011-2015 in Brazil and Argentina.
HistoryPoliticsNonfiction

More about Juan Pablo Ferrero
Socio-Political Dynamics within the Crisis of the Left
Copy and paste the code into your website.
New here? Learn how to read digital books for free