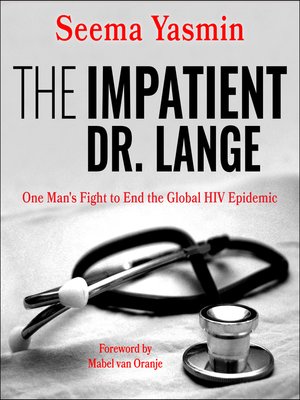 One Man's Fight to End the Global HIV Epidemic

Biography & AutobiographyHistoryMedicalNonfiction
Dr. Lange graduated from medical school in 1981, right as a new plague swept across the globe. His story became intertwined with the story of HIV. At once a physician, scientist, AIDS activist, and medical diplomat, Lange studied ways to battle HIV and prevent its spread from mother to child. Fighting the injustices of poverty, Lange advocated for better access to health care for the poor and the vulnerable. He championed the drug cocktail that finally helped rein in the disease and was a vocal proponent of prophylactic treatment for those most at risk of contracting HIV. The Impatient Dr. Lange is the story of one man's struggle against a global pandemic-and the tragic attack that may have slowed down the search for a cure. Seema Yasmin charts the course of the HIV epidemic and Dr. Lange's career as a young doctor who blazed his own path and dedicated his life to HIV. Yasmin draws on written records, medical journals, recorded discussions, expert testimony, and extensive interviews with Lange's family, friends, and colleagues around the globe-including the people he spoke to in the days before he died. She faithfully reconstructs key scenes from Lange's life and the history of the AIDS epidemic, revealing how Lange became a global leader in the fight against AIDS.
Biography & AutobiographyHistoryMedicalNonfiction

More about Seema Yasmin
The Impatient Dr. Lange
Copy and paste the code into your website.
New here? Learn how to read digital books for free