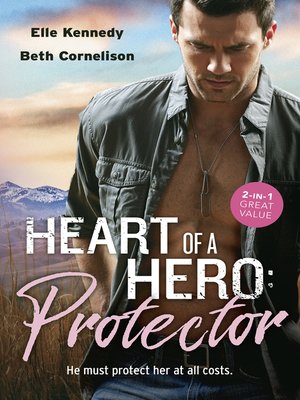 Eva Dolce would stop at nothing to save her son - even murdering Hector Cruz, the most fearsome man in San Marquez. But she couldn't do it alone. Enter Special Ops Captain Robert Tate. Ruthless and taciturn, Tate couldn't be more different from Eva. But they had one thing in common: revenge.

Tate had seen his brother die by Cruz's hand. And if Eva was his only way to Hector, then so be it. But the combustible chemistry sizzling between them was even more dangerous than their formidable enemies. And Eva's face, beautiful as it was, masked the truth about her past and her child. Could Tate forgive her lies...or would her secrets leave them both dead?

When a beautiful stranger appears at the Colton ranch during a party, Jack Colton is none too pleased. With loose ties to his ex-wife, Tracy McCain claims to be on a mission to bond with his son. But this intriguing widow also has a target on her back.

As the Colton family brings Tracy under its broad wing, a relentless assassin puts everyone in jeopardy. Jack's protective instincts go into overdrive...and only fuels his secret attraction to Tracy. In fact, the only thing stronger than Jack's heady desire for Tracy is his will to keep her safe...so that one day they can become a family.

US marshal Nick Campbell's life is a lie. But when a devastating explosion nearly kills Sadie Brooks, the one woman who can put away a murderer, only the truth will keep her alive. Revealing his secrets connects Nick to Sadie in ways he never expected...and unleashes an attraction he can't ignore.

Minute by minute, they race closer to justice but sink deeper into the crosshairs of a deadly criminal ring. To protect his witness, Nick has to gain her trust. But once he tastes the temptation of Sadie, he's torn between breaking every boundary for a life with her...or breaking her heart and letting her go.