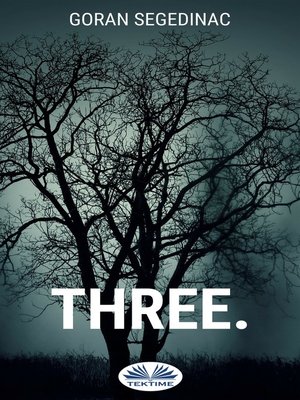 View more libraries...
Collection of short horror and sci-fi stories
This collection of short horror and sci-fi stories is divided in three parts. Most of the stories were published in collections, magazines and as online editions and some of them were very well received by the Serbian public (Major, Farm, In the depths...).
I MAN Major - Horrors of war become even greater when our main heroes get a company from those not living in our world. Mandate - When people loose their mind in the night of elections, mandate gets overtaken by those from the other side of the law, but also from the other side of the reality.
II TREE Farm - Farms are usually perceived as quiet and idyllic places to live in. However, many people don't know that it sometimes requires sacrifices that we cannot even imagine. Root – a short sci-fi story about post-apocalyptic world in which surface becomes a home to alien species... Under the tree top – If the mankind would get chance for the new beginnings, how would it look like?
III VALLEY In the depths – A young married couple moved to the little idyllic town, determined to start a peaceful family life. And while everything seemed perfect, they had no idea their new neighbors had been waiting for them for a long time. Holiday – Is the mother's love strong enough even in the afterlife? Dinner - When all hopes are gone, one ray of light always appears. All problems of our main character of this story will disappear if only she agrees to one dinner...