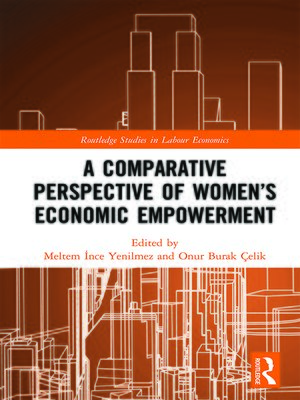 The need for the creation of an enabling political, legal and economic environment for women within Turkey is rising. A growing concern is shown at the ethnic divisions and local discrimination against women, which have spilled over into the labor market. This book lends a supporting voice to the economic and social empowerment of women globally, focusing on the real causes and the unpredictable nature of the ongoing conflicts surrounding the issue.

The authors bring to the forefront problems of development within various regions and the implementation of projects, which address the state of women, inequality and risks, that are inimical to their participation in the economy. Emphasis is laid on why women should be permitted access to the many opportunities in information technology and exchange, partnership growth and networking in this digital era. The oppressive policies of Turkey are scrutinized to unravel the dangers they pose to the corporate existence of women in the modern world. Furthermore, this book centers on the deliberation on regional politics and issues on gender and women's empowerment in modern Turkey whilst comparing with other countries. The work sheds light on salient issues and possible remedies within target countries and the concerted efforts made to create a reliable structure to discuss gender conflicts. Ample contributions from countries such as the US, Germany, Serbia, South Africa and United Kingdom are pivotal to comparing and examining the main debates. Addressing several global gender-related examples as well as Turkey's national principles, this book encourages full involvement of women and girls in deciding the fate of their country.

This book serves as the rallying point of an array of informative and mind-expanding works of literature in regional studies, gender studies, migration economy, and area studies in countries like Turkey, USA, Serbia, UK, and India. Experts, students, and readers in the academic sphere may find this work educative and intellectually fulfilling.