Portuguese Literature and the Environment 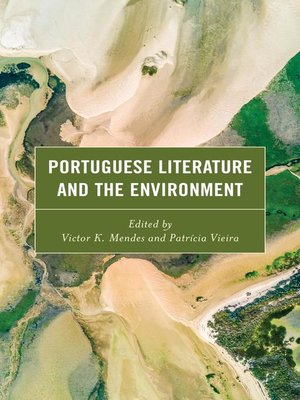 View more libraries...
Portuguese Literature and the Environment explores the relationship between Portuguese literature and the environment from Medieval times to the present. From the centrality of nature in Medieval poetry, through the bucolic verse of the Renaissance, all the way to the Romantic and post-Romantic nostalgia for a pristine natural or rural landscape under threat in the wake of industrialization, Portuguese literature has frequently reflected on the connection between humans and the natural world. More recently, the postcolonial turn in contemporary literature has highlighted the contrast between the environment of the former colonies and that of Portugal.
Contributors to the collection examine how Portuguese writers engage with the environment and have incorporated nature in their texts not only to prompt social, political or philosophical reflections on human society, but also as a way to learn from non-humans.
The book is organized into three sections. The first explores the relationship between Portuguese philosophy, historiography, culture, and environmental issues. The second section discusses the link between literary texts and the environment from the Renaissance to 1900. The final section analyzes the connection between literary movements or specific authors and environmental change from 1900 to today. Scholars of literature, Latin American studies, literature, and environmental studies will find this volume especially useful.