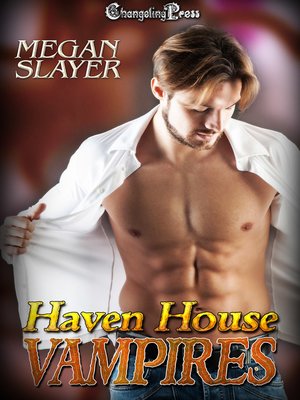 Followed: Lucas planned to party with vampires but when he wakes up, he has no idea where he's ended up. Two men want his blood, while the third wants to help him escape. Will Lucas succumb to his attraction to the vampires or leave with his life?

Destined: Julian Moran isn't like anyone Daisy knows. Dark, mysterious, deadly, and sexy as hell, he claims he's going to protect her, but what exactly is he saving her from?

Forgiven: Landon doesn't believe he's worthy of redemption or forgiveness — then he meets two vampires ready and willing to rock his world. Will the flawed human allow the two gruff vampires to show him the best time of his life, or will the forces trying to keep them all apart win?

Haven House Vampires, Book 4
Copy and paste the code into your website.
New here? Learn how to read digital books for free