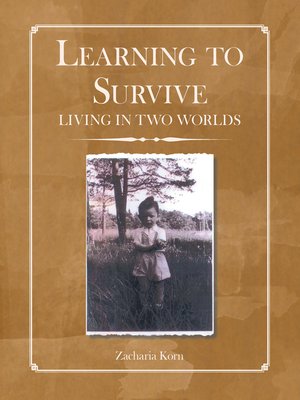 Biography & AutobiographyNonfiction
Two teenagers that live in Tarnogród, Poland, were impacted by the Nazi Army invasion in 1939. Specially those who are from the Jewish faith were chased, imprisoned, had to do slave work, and finally ended up in one of the killing industries built by the Nazi troops. The girl ended up running with some of her family into the forest and finds a farm bunker to hide from German soldier patrols. She and her sisters survived WWII and partially settled in a DP camp (displaced persons camp) together with her sisters and in-laws. The young man, together with two of his brothers, left behind their younger brother and their mother to hide in the forest. Both would survive WWII and would hear that many of the people from Tarnogród who survived went to the American Zone and ended up in Foehrenwald Camp. The three brothers who went to Russia were accepted in the Red Army and, after spending the war on Russia's side and participating in the sieges of many German cities, decided to pass to the American Zone and were finally directed to Foehrenwald Camp. There he found some people from his hometown; he was introduced to Roza, and he soon married her. Trying to take life easier, he made efforts to please his wife but there always was initial resistance to his presents, considering life in a DP Camp. He caused confusion on buying a baby carriage and employing a nanny. After a few years in the camp, the couple decided to migrate to a place without wars, so they went to Bolivia, where they start to get established when his wife insists again in no war. They returned to the seaside (From La Paz to Arica), and after some problems, they installed themselves there. At this stage, a baby girl was added to the boy, and together, the family manages to survive and take care of Grandma, who also passed WWII and remained alive. But time has left an impression on her mental health. Children wanted to play, have fun, and play tricks with Grandma.
Biography & AutobiographyNonfiction

Learning to Survive
Copy and paste the code into your website.
New here? Learn how to read digital books for free