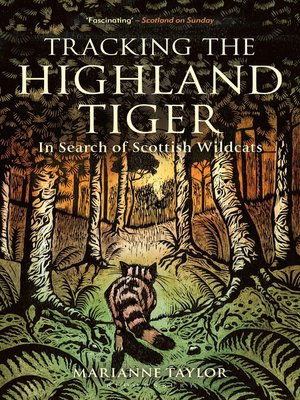 In Search of Scottish Wildcats

NatureNonfiction
Over the centuries, one by one, Britain's most formidable wild animals have fallen to the thoughtless march of humankind. A war on predators put paid to our lynxes, wolves and bears, each hunted relentlessly until the last of them was killed. Only our wildcats lived on.
The Scottish wildcat's guile and ferocity are the stuff of legend. No docile pet cat, this, but a cunning and shadowy animal, elusive to the point of invisibility, but utterly fearless when forced to fight for its life. Those who saw one would always remember its beauty – the cloak of dense fur marked with bold tiger stripes, the green-eyed stare and haughty sneer, and the broad, banded tail whisking away into the forest's gloom.
Driven to the remnants of Scotland's wilderness, the last few wildcats now face the most insidious danger of all as their domesticated cousins threaten to dilute their genes into oblivion. However, the wildest of cats has friends and goodwill behind it. This book tells the story of how the wildcat of the wildwood became the endangered Scottish wildcat, of how it once lived and lives now, and of how we - its greatest enemy - are now striving to save it in its darkest hour.
NatureNonfiction

Marianne Taylor is a birdwatcher, dragonfly-finder and mammal-seeker from Kent, England. She has written many books on wildlife including British Naturefinder, British Birds of Prey and Spotlight Robins for the RSPB and two previous nature-writing...

More about Marianne Taylor
Tracking the Highland Tiger
Copy and paste the code into your website.
New here? Learn how to read digital books for free