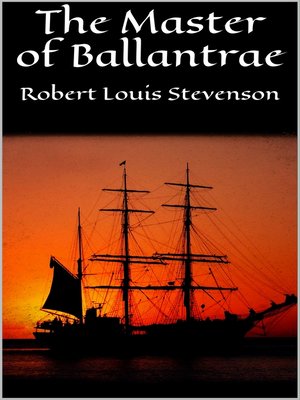 The Master of Ballantrae

FictionHistorical Fiction
Here is a tale which extends over many years and travels into many countries. By a peculiar fitness of circumstance the writer began, continued it, and concluded it among distant and diverse scenes. Above all, he was much upon the sea. The character and fortune of the fraternal enemies, the hall and shrubbery of Durrisdeer, the problem of Mackellar's homespun and how to shape it for superior flights; these were his company on deck in many star-reflecting harbours, ran often in his mind at sea to the tune of slatting canvas, and were dismissed (something of the suddenest) on the approach of squalls. It is my hope that these surroundings of its manufacture may to some degree find favour for my story with seafarers and sea-lovers like yourselves.
FictionHistorical Fiction

The Master of Ballantrae
Copy and paste the code into your website.
New here? Learn how to read digital books for free