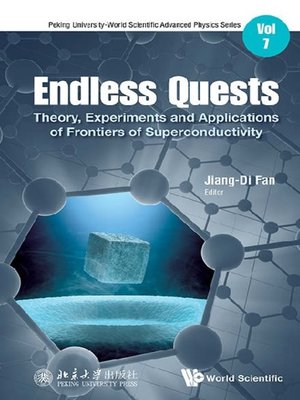 The application of DIA to electron correlation effects has allowed the tough issue of strongly-coupled electron systems to be solved, which is important for high-temperature superconductivity (HTS). DIA, when applied to a layered two-dimensional system, gives rise to marvelous outcomes that can explain all the anomalies in the normal state of HTS, and leads to a transition temperature that is dependent on quantities including the dielectric constant, electron band mass and spacing between layers. This then serves as a quantifiable guide on how to make ideal superconductors. Moreover, in such a scenario, the mechanisms of low- and high-temperature superconductivity can be unified on the basis of repulsive Coulomb interactions between electrons.

The book contains rich first-hand information on experiments at the frontiers of superconductivity, as well as on relevant applications of such cutting-edge developments. For instance, Jiasu Wang, co-author of the chapter discussing the HTS Maglev train, is the person who completed the world's first HTS Maglev train. Thus, the draw of this book lies not only in its ability to marry theory, experiment and application, but also in its inclusion of research from prestigious experts of the field.

Endless Quests
Copy and paste the code into your website.
New here? Learn how to read digital books for free