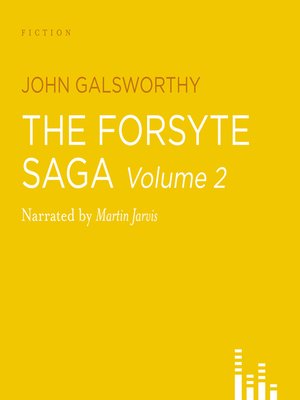 The second part of John Galsworthy's Forsyte Saga, chronicling the downfall of an upper middle class family in the turbulent period of social change at the end of the 19th and start of the 20th centuries. This book tells of the struggle between Soames and his beautiful wife Irene, who leaves him but cannot persuade him to grant a divorce. While Soames cannot accept Irene's dissent, he insists his sister deal as she must with her own failed marriage. Irene gains independence through her friendship with Soames' Uncle, Old Jolyon, who leaves her a fortune in his will, and she flees the country, but Soames follows her. The series is praised for its vivid, memorable characters and portrayal of the power changes at the end of the Victorian era.