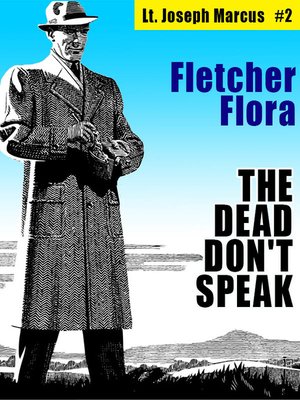 FictionMystery
"Wildside Press is proud to present the second of Fletcher Flora's series featuring police detective Lt. Joseph Marcus, as part of our ongoing effort to make Flora's collected work available again to the public. We plan to release the entire series.

While Flora had a long career writing much crime, mystery, and detective fiction, Marcus seems to be his only attempt to create a series character. Marcus, as a character, is marked by his dogged rationality, as he attempts to solve various "inexplicable" murders and crimes, much to the annoyance of his compatriot Bobo Fuller. We have been able to identify nine stories featuring the character—although as always we ask fans and aficionados to inform us of any we have missed. Note: while many online sources list the Fletcher Flora story "The Capsule" (from Mike Shayne Mystery Magazine, December 1964) as being part of the Marcus series, it does not actually feature the character. "The Capsule" can be read in Wildside Press's The Second Fletcher Flora Mystery MEGAPACK®.

We hope you enjoy this classic 1964 detective story."

The Dead Don't Speak
Copy and paste the code into your website.
New here? Learn how to read digital books for free