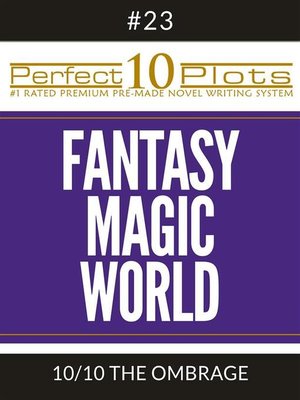 View more libraries...
Years later and thanks to an enemy general who has a change of heart now that the enemy leaders are gone, the reclamation of the Country is made easier with Kashmeer threatening Keldar and the Eastern Armies returning to the east. Ryan the Magician, Lionel, Sarkania and Melodia must defeat the enemy magicians and their unnatural allies for the Country to survive. At the other end of the Country, new friends, Damien and Lugar are on their way to take an apprenticeship far from Portuary. At the time, Ivan Lonsdale is still at large and the Ombrage Assembly must find a way to neutralize ten thousand magical warriors that are hidden in a cave on the other side of the world. Meanwhile, Damianos, Michael and O'Bryan have been sent to Kashmeer to uncover a nest of Nuitornes who are plotting to overthrow the government. They soon learn that Ivan Lonsdale has moved to wreak havoc on the world of Keldar and Ryan and the Ombrage Assembly are determined to find him, only to find out he has stolen the body of a Visigoth magician. What will happen to Ryan, Fortimus, Nador and Brutus Naran as they lead a desperate expedition into the Delmont realm, hoping to find the key to defeating the enemy who threatens their world?

Do any of these apply to you?

When you finally sit down to write - you got nothing. Zero. Zip. Nada?
You just can't find the time to write?
You see numerous authors cashing in with their books - but don't know how they can write so quickly?


Since 2014, Perfect 10 Plots has been the #1 Preeminent Pre-made Plots Brand used by thousands of writers as well as professional ghostwriters and international publishing houses worldwide.

You can take these plots and turn them into huge profits with just about any writer — either you can follow these complete outlines to create your own story or hand them off to a ghostwriter to develop into high-quality books.

Get into the "flow" of writing lightning fast and write for longer and with more enjoyment!

Work like a bestselling author and eliminate all the guesswork to creating bestselling stories!

Fall back in love with writing... all over again!

Full outline for each plot (including the beginning, rising action leading to climax, climax description, falling action after climax occurs, and the resolution)

The One and Only Perfect 10 Plots Signature "Scene by Scene" detailed breakdowns that guide you step-by-step to "put some meat on the bones" and create an absolutely unforgettable story!

Character Descriptions: A list of the main characters (including the protagonist and antagonist) - fully described. These characters are well-developed but not complete... leaving you plenty of room to personalize them.

Details on Settings and Locations: This describes in detail where the story takes place. As you read this, you'll feel as if you're right in the scene of the story! (making it easy for you to put yourself inside the story, customize it and produce unique works of art)

Enough "raw ingredients" to write a full-length story that is truly your creation (completely designed and imagined by you)!


So what are you waiting for?

Stop dreaming and start writing and publishing in the fastest, easiest, fun-nest! way possible by checking out a Perfect 10 Plots now!

*P.S. still not convinced? Click on the cover to...