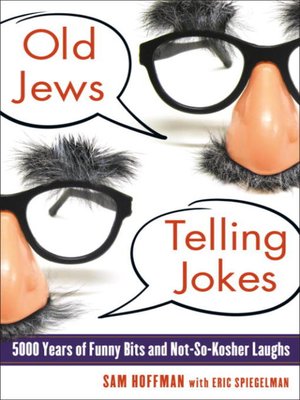 Schtick happens. For five thousand years, God’s chosen people have cornered the market on knee-slappers, zingers, and knock-knock jokes. Now Old Jews Telling Jokes mines mothers, fathers, bubbies, and zaydes for comic gelt. What we get are jokes that are funnier than a pie in the punim: Abie and Becky jokes; hilarious rabbi, doctor, and mohel tales; and those bits just for Mom (Q: What’s the difference between a Jewish mother and a Rottweiler? A: Eventually a Rottweiler will let go!). Some are just naughty and some are downright bawdy—but either way you’ll laugh till you plotz. With Borscht Belt gags from Brooklyn to Bel Air to Boca, Old Jews Telling Jokes is like chicken soup for your funny bone. I mean, would it kill you to laugh a little?