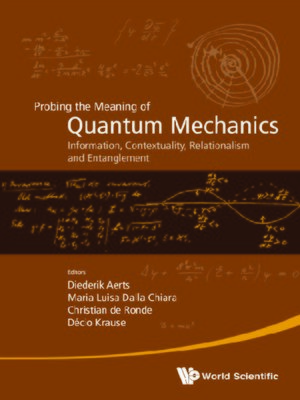 Probing the Meaning of Quantum Mechanics

This book provides an interdisciplinary perspective on one of the most fascinating and important open questions in science: What is quantum mechanics talking about? Quantum theory is perhaps our best confirmed physical theory. However, despite its great empirical effectiveness and the subsequent technological developments that it gave rise to in the 20th century, from the interpretation of the periodic table of elements to CD players, holograms and quantum state teleportation, it stands even today without a universally accepted interpretation. The novelty of the book comes from the multiple viewpoints and subjects investigated by a group of researchers from Europe and North and South America.

Probing the Meaning of Quantum Mechanics
Copy and paste the code into your website.
New here? Learn how to read digital books for free