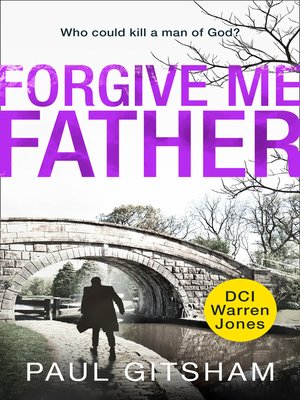 Classic LiteratureFictionMysterySuspense
Who could kill a man of God? A fire breaks out in a chapel, and DCI Warren Jones is alarmed by what is discovered at the scene. Curled up in the ash and debris is a body – and it's soon clear that the chapel doors were locked from the inside. The disappearance of a local priest, Father Nolan, and a cryptic note left in his room, point to an unusually violent suicide. But when further evidence confuses the picture, Warren begins to suspect foul play – and murder. Clearly, someone wanted this seemingly innocent man to suffer. And when a discovery on a quiet riverbank sends the investigation reeling, Warren knows he must act quickly to discover who is behind this spate of grisly deaths – before another man of God is found dead. Don't miss Paul Gitsham's ingenious new DCI Warren Jones novel! Readers LOVE Paul Gitsham: 'Mr Gitsham is fast becoming one of my favourite authors' 'I love this series and hope Gitsham writes another book soon' 'Paul Gitsham never fails to produce a good story' 'I love the characters that Paul Gitsham has created' 'Will definitely read more from Paul Gitsham.'
Classic LiteratureFictionMysterySuspense

Paul Gitsham started his career as a biologist working in the UK and Canada. After stints as the world's most over-qualified receptionist and a spell ensuring that international terrorists hadn't opened a Child's Savings Account at a major UK bank...

More about Paul Gitsham
Forgive Me Father
Copy and paste the code into your website.
New here? Learn how to read digital books for free