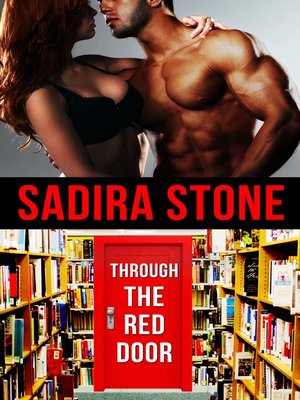 Through the Red Door

Clara Martelli clings to Book Nirvana, the Oregon bookshop she and her late husband Jared built together. When rising rents and corporate competition threaten its survival, her best hope is their extensive erotica collection, locked behind a red door. In dreams and signs, her dead husband tells her it's time to open that door and move on. When a dark and handsome stranger's powerful magnetism jolts her back to life and he wants a look at the treasures of that secret room, she can't help but want to show him more. Professor Nick Papadopoulos is looking for historical erotica. Book Nirvana's collection surpasses his wildest dreams, and so does its lovely owner. A widower, he understands Clara's battle with guilt, but their searing chemistry is too strong to resist. Besides, he will only be in town for two weeks, not long enough for her to see beyond the scandal that haunts his past.

Through the Red Door
Copy and paste the code into your website.
New here? Learn how to read digital books for free