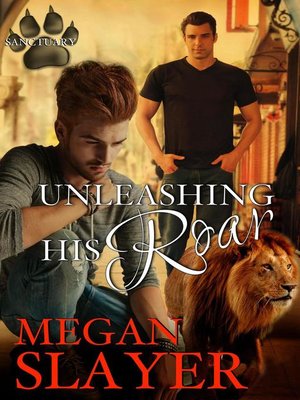 Wanted: a shifter. Must be caring, understanding, open-minded and looking for a shifter in return.

Zeus knew from the beginning he was different. Where the other lion shifters had paired up, he was still single. All he wants is a partner and finds a dating app on his phone. Will the app lead him to the man of his dreams or to a disaster just waiting to happen?

Justin isn't where he wants to be. He knows shifters aren't supposed to work for the humans, but due to a circumstance that spiraled out of his control…he's in over his head. He wants out and when he spies Zeus on the dating app, he's willing to risk everything to get to the lion shifter. He believes Zeus might be the one to help him move beyond his past and unleash his roar.

Will the panther and lion find each other or will Justin's past keep them apart?

Unleashing His Roar
Copy and paste the code into your website.
New here? Learn how to read digital books for free