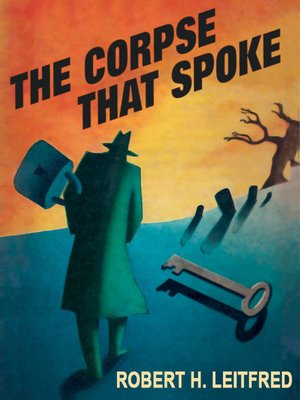 The Corpse That Spoke

This fast detective story gives a well-rounded picture of small town in the grip of a political boss who rules, plunders, and murders. A series of crimes surrounding and deriving from a bank robbery that offered a juicy opportunity for the boss comprises the case that must be cracked in this mystery. Its intricate coalition between crime and politics is a miniature of large scale metropolitan evil. The only opposition not cowed by the power of the boss is a lone private detective. He had previously helped the police solve many a baffling case. Now his only ally is a man whom he was engaged to shadow. The detective must not only be smart enough to out-think the criminals, but also shrewd, quick, and fearless enough to outmaneuver the boss and his well-oiled machine.

The Corpse That Spoke
Copy and paste the code into your website.
New here? Learn how to read digital books for free