audiobook (Unabridged) ∣ 600 Questions from Pong to the present day 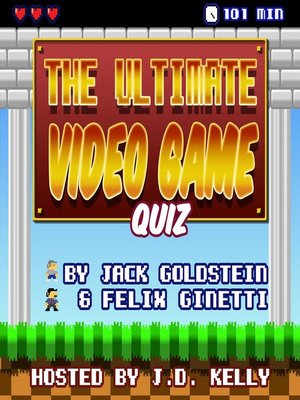 Join quizmaster J.D. Kelly and find out who can rightfully wear the crown as the king or queen of video game trivia.Sure, maybe you're unbeatable at FIFA or you've mastered super cancel on Pro Evo. Perhaps you've clocked up more headshots in Call of Duty or Battlefield than most people have had hot dinners, or you hold the world record speed run for a level in Rayman Legends... but just how well do you know the games that you're playing? And what of the history; what of the lineage of those games? Do you know, for instance, the first game in which Mario appeared? Or what 1983's equivalent of the PS4 was? Have you any idea which celebrity made an appearance in The Sims: House Party? And which wrestler featured on the cover of WWE SmackDown vs. Raw 2007?The Ultimate Video Game Quiz covers a range of subjects, taking you from the earliest years of video gaming right up to the present day. With 600 questions, this is the perfect audiobook for gamers from every era.