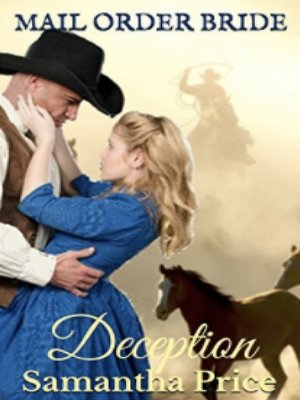 On a whim, Leah Morgan left Chicago and bought a train ticket for Dodge City.
She'd often heard that there were opportunities in the West, and she was determined to have a better life.
Widower, Austin Wright, knew he'd never love again; however, he needed a mother for his cherished, one year old daughter, Violet.
He'd been writing to a woman who had agreed to marry him.
When Austin saw Leah at the train station she fitted the description of his mail order bride.
Leah, attracted to the man who has obviously mistaken her for someone else, did nothing to correct the error.
Days pass, and Leah knows she should confess her wrongdoing and leave, but can she, now that she has developed strong feelings for him?
Austin is overjoyed with his mail order bride-to-be, but he had stated in his advertisement for a bride that he wanted a Godly, truthful woman. What will he do when the truth about Leah is revealed?

Mail Order Bride
Copy and paste the code into your website.
New here? Learn how to read digital books for free